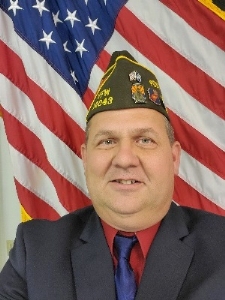 I began my military career in 1987 with the United States Air Force.  After basic training, I went to RAF Alconbury in the United Kingdom as a Vehicle Operator/Dispatcher with the 10th Transportation Squadron. My next assignment was at England AFB in Louisiana with the 23rd Transportation Squadron.  While stationed at England AFB, I deployed to King Fahd International Airport in Saudi Arabia for Desert Shield/Desert Storm as part of the 23rd Tactical Fighter Wing also known as the Flying Tigers.  After completing my enlistment with the Air Force, I went back to college and utilize the Montgomery GI Bill.  Within a year of being out, I re-enlisted with the United States Air Force Reserve at Barksdale AFB, Louisiana and changed to Ground Radio Repair which required 6 and ½ months of training at Keesler AFB, Mississippi.  I was with the 917 Communications Flight while at Barksdale AFB.  While at Barksdale, I spent more time expanding the local area network for the Air Force Reserve Wing than I did working on Radios.  This was the beginning to my current career in Information Technology.  After completing college and moving to Memphis, TN for my full-time job, I changed to inactive Air Force Reserve in 1998 to be able to focus full time on my career.  I started working in Information Technology with Harrah's Tunica Casino & Hotel in 1997 and currently with Harrah's Ak-Chin Casino & Hotel over Information Technology as the Market Engineer Manager.